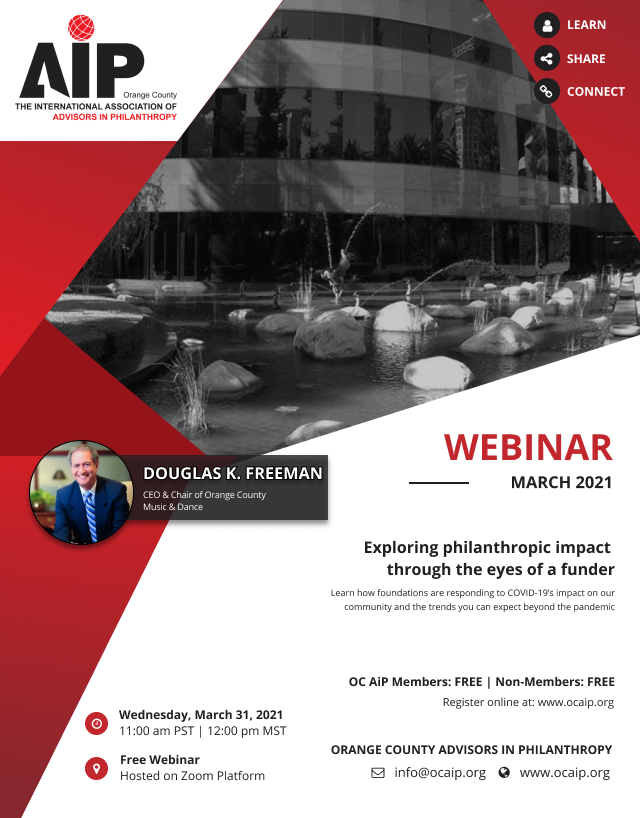 Exploring Philanthropic Impact Through the Eyes of a Funder

Join us for a conversation with Douglas K. Freeman, our local philanthropist turned nonprofit executive, and founder of National Philanthropy Day.

Doug will share his experience and insights, serving on multiple local and international foundation boards, including his own family’s. Our interactive conversation will include some of these questions and we are open to your questions as well:

How are foundations responding to COVID-19’s impact on our community?
What trends do you see continuing beyond the pandemic?

In your role as trustee, how do you ensure grantmaking is consistent with the founder’s vision?

Doug is CEO and Executive Chair of Orange Country Music and Dance, a nonprofit community performing arts school in Irvine, California. He comes to this role after a long career as a lawyer, businessman, civic leader, and philanthropist. He served in a variety of capacities within the nonprofit field, including Board Chair of the Pacific Symphony, where he is now a Lifetime Trustee, and Board Member, now Trustee Emeritus, at the California Institute of the Arts. He was also Board Chair of the UCI Foundation and Founding Board Chair of The Literacy Project. He is currently the Chair and President of the Larry and Helen Hoag Foundation and of the Ernes and Irma Rose Foundation.

He’s received a number of awards and recognitions, including being listed by the Orange County Business Journal on its inaugural 500 Most Influential People in Orange Country (2016) and again in 2020. In 2019, he received the Ellis Island Medal of Honor Award. In 2015, he received the Orange Country Boy Scouts of America Men of Character Award, and in 2006, he received the University of California, Irvine, UCI Medal. Doug is the founder of the National Philanthropy Day, proclaimed by Congress, signed by President Ronald Reagan in 1986, and celebrated through the United States. He served in the Air Force, active duty and reserves, from 1971-1981. 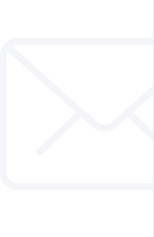